Within 'Towards a Sustainable Energy Supply in Cities', three research tracks were established:

Want to know more about the project? Download the booklet with an overview of all technologies and conclusions here  or go to the news item of the closing event where you can find the posters (used for the poster sessions, all presentations and scientific publications (developed during the project).

For this research programme EnergyVille received support from:

For the expansion of their research ,EnergyVille received 10 million euro support from the EFRO Flanders programme 2014-2020. This fund is one of the European structural funds which reinforces the economic, social and territorial cohesion between the European Union and limits inequalities between regions. The fund supports actions that contribute to sustainable economic development and employment creation, and the realisation of the Europe 2020 objectives.

The Flemish Government provided 7,500,000 euro by means of the Hermes Fund and the Ministry of Energy. The funds wish to contribute to a sustainable economic growth in Flanders by making innovation and entrepeneurship more accessible. It helps enterprises to change and grow by informing, inspiring and support them in every life cycle.

The Province of Limburg - ‘The place to be’ for innovative, creatieve entrepeneurs and ‘young high potentials’

When it comes to tourism, Limburg has successfully put itself on the map. We now also want to show our assets as an economic region from which you can conquer the world as an entrepeneur and invest in the welfare of the region tomorrow. How? By attracting new talent and new entrepeneurs. By providing 3,433,212 euro the Province of Limburg would like to make EnergyVille an attraction pole for energy enterprises at Thor Park in Waterschei, Genk. 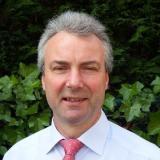