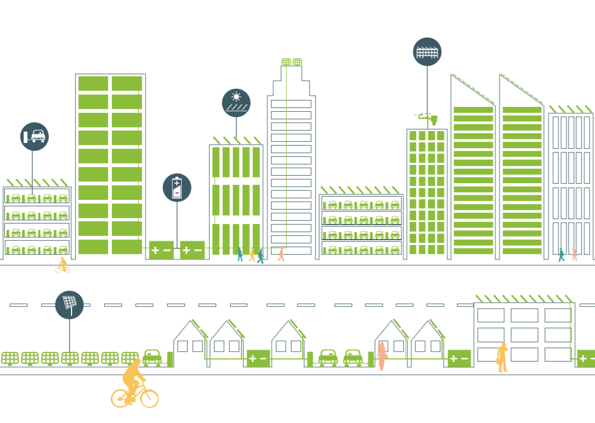 SolSThore enables technologies for building-integrated PV and storage, ultimately to be validated in 2 demos: the façade integration of PV and commercial roof-integrated PV.

For the PV technology we focus on new interconnection technologies for both crystalline Si and thin-film PV modules which allow the manufacturing of highly efficient and reliable PV modules maximising the energy yield under non-stationary and non-homogeneous irradiation conditions.

The value of the locally generated energy is to be maximised by integrating it with local storage based on Li-ion battery technology. More specifically SolsThore will develop solid-state batteries which do not longer require liquid electrolytes. Such solid-state batteries bear the promise of higher energy density, improved reliability and, last but not least, better fire safety, a crucial condition for integration in the built environment. To serve this purpose, we will set up a testline for the realisation of small battery cells.

Since reliability is also heavily influenced by the battery management system, SolSThore will deliver significant efforts to realise hard- and software for a better State-of-Charge and State-of-Health insight.

In addition, SolsThore will revisit the idea of DC nanogrids to connect all these DC-devices (PV, storage, LEDs, ...).  This requires the development of highly-efficient, low-volume DC-DC convertors. We expect that the optimal topology and configuration of such DC-nanogrid is strongly context-depending (dimensions of the building itself and neighbouring buildings, irradiation, wind and temperature profiles, consumption profiles, grid conditions...). To verify and test different topologies and configurations, a test and validation infrastructure will be built up in the EnergyVille labs to enable the development and validation of improved energy yield prediction algorithms which are key to optimise the value of the locally produced electrical energy.

This project is a part of the Strategic Action Programme for the province of Limburg (SALK) and enables EnergyVille to become an even better integrated top research centre, with 1.400m² lab infrastructure, top-notch equipment, expert teams and 14 groundbreaking demos, developed in close collaboration with the local industry. This research will serve as a magnet for international industrial partners.

Want to know more about the project? Download the booklet with an overview of all technologies and conclusions here  or go to the news item of the closing event where you can find the posters (used for the poster sessions, all presentations and scientific publications (developed during the project). 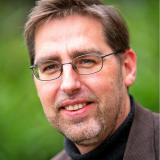