The solutions developed within the scope of InterConnect will allow a digitalisation of homes, buildings and electric grids based on an Internet of Things (IoT) architecture. By including digital technologies (artificial intelligence, Blockchain, Cloud and Big Data) based on open standards, such as SAREF, it will guarantee the interoperability between equipment, systems and privacy/cybersecurity of user data. Energy users in buildings, either residential or non-residential, manufacturers, distribution grid operators and the energy retailers will have the opportunity to take advantage of these solutions.

Regulators and policymakers, end-users (home/ building owners), developers (SMEs and start-ups) and integrators will benefit from the advanced solutions that will be available in the demonstrators throughout the project and afterwards generally available in the market by 2023. The pilots will be installed in seven countries: Portugal, Belgium, Germany, the Netherlands, Italy, Greece and France.

Besides the developments that will be conducted by the 51 partners of the consortium, the project will also foster innovation to expand the ecosystem of players by offering opportunities for entrepreneurs through Open Calls. Three open calls will be launched by the project, from its second year, to select 42 innovative bottom-up projects – 14 prototypes and 28 small-demonstrators.

Led by INESC TEC, and with the Dutch R&D institution TNO as the technical innovation coordinator, the InterConnect consortium is composed by partners with different profiles: R&D and consultancy, manufacturers and associations, IoT/ ICT providers, DSOs, retailers and end-users.

The InterConnect project has received funding from the European Union’s Horizon 2020 research and innovation programme under grant agreement no. 857237. The project will run four years and has received 36M€ in funding. 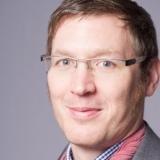