To make Europe carbon neutral by 2050, the Energy transition of the EU building stock is an important objective. Although Nearly Zero Energy Buildings are slowly emerging, they are not sufficient to meet the climate objectives aimed for. An important role will therefore be played by positive energy buildings (PEB). A PEB is a building that, over the timespan of a year, produces more energy than it uses. In doing so they make optimal use of their own generated renewable energy (instead of using the grid for solving seasonal balancing issues). The energy not being used immediately, will be stored or used to provide energy for the adjacent buildings.

PEBs will be an important part of positive energy districts (PEDs) but still require developments with regard to materials, technologies and regulations. The European H2020 Excess project, coordinated by the Joanneum Research Institute, addresses the matter and investigates in 4 climatic zones (Finland, Austria, Belgium and Spain) how PEBs can be optimized, implemented and demonstrated. In doing so, the focus not only lies on new materials, technologies and integrated technologic systems, but also on the optimization of the synergy between the local energy production, storage and the energy use on building and district level. It aims to upgrade single technologies to be part of a larger system, enabling also local trading of energy and offering new services to grid operators or utilities.

EnergyVille/VITO is involved in the PEB definition and upscaling potential analysis. Additionally, they investigate the technology development of thermal energy storage and the Building Energy Management System applied in the Belgian demo of the social housing company Cordium in Hasselt. “The residences of Cordium are connected to a district heating system with different kinds of heat sources such as shallow geothermal energy and solar heat”, explain Johan Van Bael and Koen Allaerts, project coordinators at EnergyVille/VITO. Furthermore, in each apartment a thermal energy storage tank is installed to increase thermal flexibility and self-consumption of locally produced energy. The residents can monitor their energy use via an individual user interface."

Next to Hasselt, 3 other demo sites will investigate positive energy buildings. For the Nordic climate in Helsinki (Finland): an 800m deep borehole with an adapted heat pump system will be developed. During spring and autumn, surplus heat produced by the building itself will also be used to charge the ground. The main innovation in the Austrian demo case in Graz will be a multi-functional façade element with integrated photovoltaic solar panels and a geo-thermal heat pump, linked with an energy community smart control system and energy billing concept. In the Spanish demonstration site in Granada, the concept of the positive energy building system is based on maximizing the electricity production from conventional photovoltaic solar panels. The produced energy will be consumed directly in the building and the surplus stored in a battery for daily use.

Together with the 21 partners involved, the project had its official kick-off beginning October 2019. It runs over a period of 4 years. Demonstration will be accompanied by co-innovation, replication and exploitation activities to maximize the project technical, social and economic impact and to prepare for a future market roll out of the positive energy building concept.

Want to know more about the project? 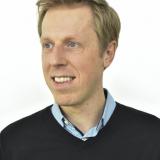 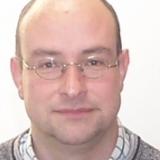