Given the fact that there is a major peak in solar energy around noon, the current injection into the grid must be limited when there is a lot of sun to prevent overloading of the electricity grid. In a short internal study by EnergyVille it was already established that, with an injection limit on solar panels, 50% of the electricity production can be generated via wind and sun without overloading the grid or without the need for batteries. With the installation of an optimal extra battery capacity, up to 70% renewable electricity can be used without putting extra strain on the grid.

The BREGILAB project will examine in detail how this can be practically realized at minimal cost for network expansion and batteries. The following topics will be studied:

In this way, the BREGILAB project forms an essential element to prepare Belgium for the further rollout of solar and wind energy in the coming decades. The project will be executed under the direction of Dr. ir. Marc Meuris of EnergyVille/imomec, in collaboration with his colleague Dr. Pieter Lodewijks from EnergyVille/VITO.

The Energy Transition Fund has approved two other EnergyVille projects: Neptune and EPOC 2030-2050. Want to know more? Then check out the press release covering the announcement of the projects. 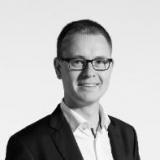 Want to know more? Within the BREGILAB project, an expert talk was developed on how high penetration of wind and sun is possible with minimal costs for grid reinforcement.

To the expert talk

With the support of the Energy Transition Fund