Energy: a complex system in transition

Before we tackle these questions, let’s take a step back in time. Thirty years ago, the energy system was relatively simple: investments and prices were controlled by the government, and the consumer simply paid the bill. In the modern energy system, the consumer is given a more central role. By installing solar panels, the consumer can produce its own electricity. On a European level targets have been set concerning energy efficiency, so governments need to encourage their citizens to renovate. Electric transport is getting more affordable and will continue to grow in the upcoming years. Batteries from electric vehicles can be given a second life by being installed at home for residential storage. Similarly, the heating of houses can change radically by means of heat pumps or district heating, forming an alternative for fossil fuels. Still not commercially interesting, though a promising technology is the conversion of surplus renewable energy in hydrogen, enabling it to store energy over seasons. A change in consumer behaviour, such as car-sharing, can also have a positive impact on the energy system. In that way the digitalisation of our society will open up a broad range of products and business opportunities for industry and consumers.

The energy system is more than a ‘yes or no’ discussion about nuclear or renewable energy. It is a complex range of technological options, investments and operational costs, market mechanisms and consumer behaviour. To map this complicated puzzle, energy system models should be used. These models are scientific-based software models that combine different options of technologies and calculate the cost of each combination. This makes it possible to map the most promising and cost-efficient possibilities. Similarly, they also make it possible to estimate the impact of different policy measures. In Belgium, a lot of knowledge exist about energy models. In 2017, for example, different studies were launched, such as the study of EnergyVille, the Planbureau and Elia. But what can the attentive politician or the committed citizen learn from these studies?

More renewable in all scenarios

One of the most remarkable and consistent conclusions of different studies is that in each case a substantial rise of renewable energy sources such as solar and wind energy is expected. From a technological perspective this seems to be the most cost-optimal evolution, even without incorporating subsidies. In the first years, the rise of renewable energy will be complemented by gas-fired power plants when little sun or wind is available. Little by little the role of gas-fired power plants will be substituted by storage technologies such as batteries or the conversion of electricity into gas. Because of high costs, new nuclear power plants are not desirable in the energy models. An additional problem is the long time needed to build nuclear power plants. This can take 15 years or more, not including the authorisation process which can take another 10 years. The conclusions of the Belgian studies are consistent with the calculations on European level, which provide a status quo of nuclear energy (15%) by mid-2050 and, and a massive increase up to 80% for renewable energy. The time that renewable energy was only for idealists is definitely over.

A second important conclusion of these studies is that there is not one holy technology solving all problems. Instead a mix of solutions will be the most favourable option. The discussion is also more than merely electricity production alone. More than a quarter of our CO2 emissions can be found in the transportation sector, including the enormous number of cars we use daily to drive to work. Furthermore, more than half our energy demand consists of heating, which is currently covered by over 80% of fossil fuels (gas, fuel oil).

In this regard,  a number of innovative technological possibilities will further take the stand in the future. Research and innovation is not merely about ‘discovering’ new technologies, it also consists of scaling up the production process and making it more and more efficient. This will enable batteries to become more affordable each year. Similarly it is expected that electric vehicles will become competitive with their fuel alternatives by the mid 20’s. For heavy or long distance transport, some other technologies based on hydrogen or synthetic sources will be more interesting. Towards 2050, different options will be available for carbon free heating and cooling, such as industrial waste heat distributed by district heating, heat pumps, biogas and geothermal energy. Additionally, CO2 can also be extracted out of the atmosphere and used in industrial processes.

For the second half of the century, even more technologies can become available which are now still at an early stage but have a great potential in contributing to a carbon-free society. For instance thorium power plants might in the future generate electricity in combination with renewable energy, provided that a serious cost reduction occurs.

It requires scientific and technological knowledge to weigh all these technologies and future options. Politicians working on this matter have the additional task to develop adequate policy instruments to reduce CO2 emissions, while at the same making sure the bill remains affordable for the consumer. This is not an easy job. It is therefore essential that the political discussion focuses on the issues at hand, with scientific studies as its base. The role of scientists is therefore not to take the stage themselves, but to feed the discussion with realistic data and scenarios.

Within the EPOC project, financed by the federal energy transition fund, fourteen Belgian research partners unite to develop energy models together and to support the political debate. With this consortium of hundreds of Belgian scientists we want to reach out to policy makers in the transition to a sustainable and climate friendly energy system. Because after all, the discussion about energy does not lend itself to oneliners. 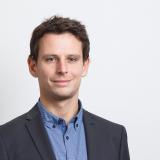 Want to know more about the EPOC project?