The electric car is here to stay

The choice of full electric cars on the market is growing. Several additional new models have been announced by major car manufacturers for the coming year(s). Also, driving electric could become more competitive than the internal combustion engine (ICE) from as early as 2025. The autonomy of the electric car is also improving, and a range of 300km without recharging of the battery should be standard soon. Thus, the outlook is good for the electric car. To keep this momentum, we need to continue working on further increasing the performance together with expanding the infrastructure to enable electric driving.

The electric car of the near future has to be affordable to all, safe and with the comfort of large enough driving range and short enough charging time. A driving range of 300 km can be sufficient if the charging of the battery is fast enough and charging stations are readily available. A longer driving range will, however, not only increase the comfort level of the driver, reduce the pressure on fast charging requirements, but also reduce the demand on the capacity of charging points. Indeed, as the number of electric cars on the road will continue to rise, it is important that the driving range increases along with it, in order not to overload the capacity demand for charging points. 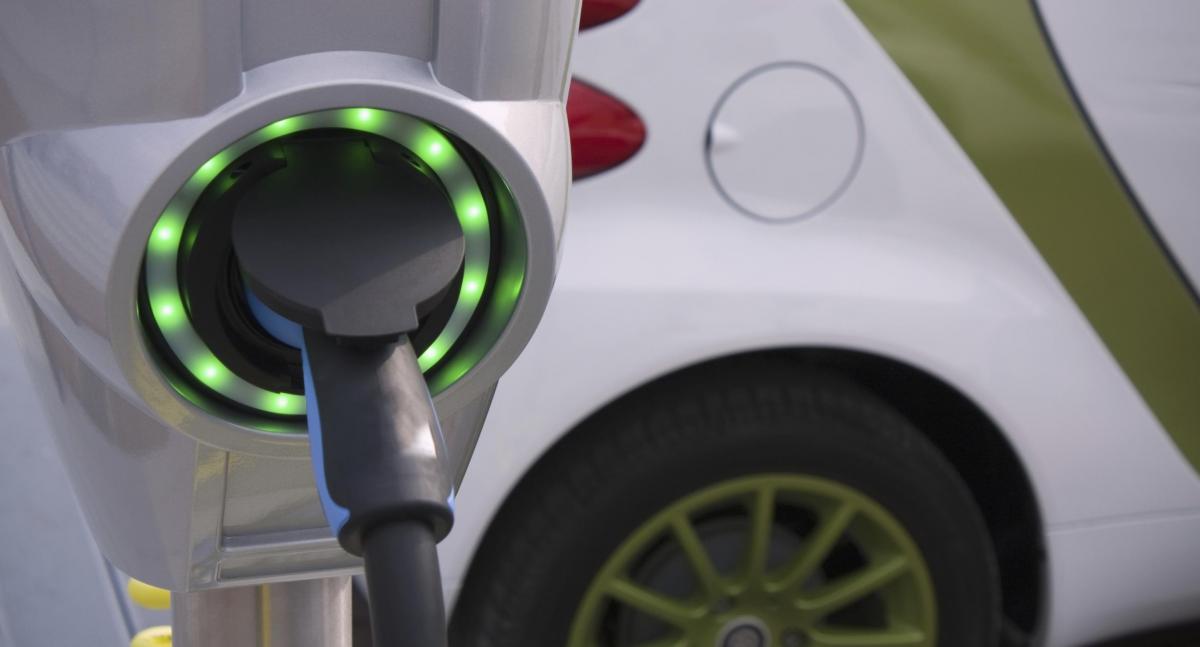 The ICE today provides us with the comfort of around 700km driving range and refueling in a few minutes. The recharging of the battery will probably remain slower than refueling, with 15-20 minutes a reasonable target. However, the battery-operated vehicle can in principle reach and even exceed the range of ICE operated cars. The key developments will be in the battery and in particular in the switch to solid-state battery cell technology.

The best lithium-ion battery (LiB) cells today have an energy or E-density of little over 700 Watt Hours per Liter (Wh/l). With these cells, the electric car can in theory attain a range of about 500km. Unfortunately, the classical LiB cell is running out of steam and is expected to stagnate around 800 Wh/l due to practical limitations in the active materials. Solid-state batteries which contain a solid electrolyte instead of the liquid electrolyte inside the current-day LiB, should be able to exceed this limit. With the new solid-state lithium-metal battery cell under development, the cells could potentially deliver E-densities even exceeding 1000Wh/l. Together with new developments in battery packs and battery modules, electric cars with an autonomy beyond 700 km without recharging will become possible. The solid electrolyte should also provide increased safety as the flammable solvent in the liquid electrolyte does no longer form a risk. An electric car with solid-state battery technology might be on the market as early as 2025.

Developments in battery cell and battery pack for a larger autonomy

The maximum range of an electric car is determined by the available energy in the battery pack in the car. The energy of this battery pack is in turn supplied by many individual lithium-ion battery (LiB) cells connected in series and parallel arrangements to provide the high currents and high voltage needed for the electric engine.

Thus, the available energy is initially determined by the energy density of the LiB cells. The energy or E-density tells us how much energy (in Watthours or Wh) can be fitted into the volume of one cell (volumetric E-density in Wh per liter or Wh/l) or per weight of one cell (gravimetric E-density in Wh per kilogram or Wh/kg). Both are important for car performance; however, car manufacturers look in the first place at volumetric energy density (or E-density) as there is no compromise on the volume of the car. To reach a driving range of 700km, cells with an E-density of 1000Wh/L (500Wh/kg) would be needed. Today’s LiB cells can deliver 700Wh/L (230Wh/kg) and thus a significant boost in energy density is still needed.

Battery cell roadmaps foresee that cells of 1000Wh/L should become available in 2030 through the event of solid-state lithium metal batteries (see below). However, we do not necessarily have to wait 10 years to reach the 700km range target. Another way to get there is through energy gain in the battery pack or module itself. Next to the many individual cells in large packs, the car battery module contains electronics and sensors to make them safe and to manage the battery usage. For example, to ensure a long (enough) lifetime, the battery management system or BMS will only use part of the energy density of the cells in order to avoid damage to the cell chemistry by e.g. local overcharging or over-discharging. Thus, the available energy for driving might be only 60-80% of what you carry with you, depending on the type of electric car. This is known as oversizing of the battery. New innovations in so-called smart cells could improve the energy management of the battery and thus increase the range of EV in this way. These new smart cells will have micro-sensors built inside the cell to better monitor their state of charge and state of health. At EnergyVille, we are developing smart battery cells with multi-array sensors and integrated electronics for communication with the BMS. The first prototype demonstrations can be expected in the coming years.

Another example are solid-state batteries. The first electric cars with this new technology are expected to come out in the middle of the 2020’s. Toyota has announced a prototype to be presented at this year’s Olympic games in Tokyo. These first generation of solid-state LiB cells will actually not have any larger energy density than their counterparts with a liquid electrolyte. Indeed, the solid-state LiB will initially contain similar types of active electrode materials, and thus have similar energy inside the cell. So, what’s the point, you may ask? Well, the solid-state battery allows for different, more compact arrangements in the battery pack. Solid-state cells can be built also in bipolar arrangements providing higher voltage already at the cell level. This simplifies the connecting of the cells and creates more space in the battery pack for more cells. Solid-state LiB will also be more intrinsically safe, meaning less safety monitoring electronics are needed in the periphery of the battery module. Finally, the solid-state battery may have a larger voltage window than the wet LiB, which means that the risk of damaging the cell during charge and discharge is reduced and a larger part of the cell energy becomes available for use. All these effects added together means that the available energy of the battery pack will be larger for solid-state cells, even with the energy density of first generation being the same or even slightly less than for the wet LiB cell. 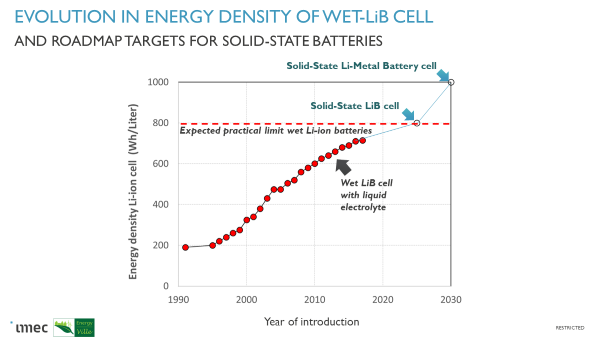 Figure: The energy density of the Li-ion battery (LiB) cell has more than tripled since its market introduction by Sony in 1991. Continuous improvements in LiB components with LiCoO2-graphite chemistry resulted in an average increase of 25Wh/L per year from 1995 to 2010. Introduction of new active cathode materials, such as the NiCoAl-based and NiMnCo-based lithium metal oxides (NCA and NMC), and the gradual addition of silicon to the graphite anode have maintained the ongoing increase in E-density ever since. However, it is expected that with the materials known today we will reach a practical limit for LiB around 800 Wh/L. Solid-state battery technology will be needed to break through this ceiling and continue the trend towards 1000Wh/L and beyond.

Solid-state lithium-metal batteries are up next

Simply replacing the liquid electrolyte solution in the wet LiB with a solid electrolyte does not provide an increase in E-density by itself. On the contrary, inorganic solid electrolytes in powder form are likely to take up more space and also weigh more than their liquid equivalents in current LiB. Hence, solid electrolytes would lower the energy density somewhat for a cell with the same active electrode materials.

Above we already discussed the added benefit these solid-state LiB can give at the level of the battery pack. Still, the solid-state LiB can do more.  The game changer lies in the fact that some solid electrolytes can provide a larger electrochemical window. In other words, they remain stable also at very high voltages where current liquid electrolytes are not. This means that higher voltage cathode materials can be used than those in the 3.6 to 3.8 Volt LiB today. And a higher cell voltage leads to a higher cell energy, provided the Li-ion capacity remains the same. For example, LiMn1.5Ni0.5O2 or LMNO has an electrode potential of 4.7 V, and cannot be used with liquid electrolytes as they themselves react away at these voltages. Solid electrolytes such as lithium lanthanum zirconium oxide or LLZO are stable up to 5V and thus compatible with these high voltage cathodes. As such the solid-state LiB can surpass the 800Wh/L ceiling for wet LiB.

However, to reach the much desired 1000Wh/L cell and beyond, all-solid-state lithium-metal battery (LMB) cells are targeted. In this last act, we attempt the long desired but thus-far forbidden fruit of metallic lithium as an anode. The LiB has graphite (mixed with silicon) as anode for reasons of safety. Lithium metal has the highest energy density as active anode material and also provides the largest cell voltage from the anode contribution in the cell. However, lithium metal did not work because charging of the battery leads to formation of lithium metal needles or dendrites which short the battery internally with thermal runaway and explosions as a result. It was Dr. Akira Yoshino, one of last year’s three Nobel prize winners in chemistry, who came up with the solution.

Insertion of Li-ions in-between the layers of graphite was a safe compromise, but at the cost of energy density and cell voltage. Several solid-state electrolytes are stable against metallic lithium and thus the use of thin lithium as an anode becomes a possibility. In fact, lithium-metal batteries with solid polymer electrolytes are already commercially available. However, these batteries only operate at temperatures of 70oC and are therefore not suitable for an electric family car. The reason is a too low Li-ion conductivity for these solid polymer electrolytes. Therefore, for many years, the solid-state battery research was focused on the quest for solid electrolytes with high enough ionic conductivity.

In the last few years, the focus of the solid-state battery research has indeed shifted towards the assembly of the cells and the integration of all the components into a functional cell. One of the issues is the reactivity of the materials forming resistive or blocking layers between the functional components, severely inhibiting the operation of the cell. Special thin-film coating or so-called “artificial interphase coatings” are being developed to prevent these reactions from happening. At EnergyVille, we are developing up-scalable and cost-effective methods for deposition of these sub-nanometer thin coatings inside the thick battery electrodes. These nano-scale coatings will be instrumental not only for the solid-state lithium metal batteries under development, but also for the extendibility of the LiB with liquid electrolyte. Indeed, much of the solid electrolyte know-how can be applied for wet LiB batteries as well. Who knows, the solution might be in a hybrid approach after all.

The solid-state battery technology that will deliver an electric car with an autonomy matching and eventually even surpassing that of the car with an internal combustion engine is under development. A first prototype of electric car with this solid-state battery cells will be still demonstrated this year and commercial models might be ready as soon as 2025. Developments at the battery pack level, such as smart cells with sensors will also increase the effective or usable energy of the battery pack reducing or even eliminating the need for oversizing of the batteries in the future. The electric car is not only here to stay, but also holds a bright future with electric cars having at least the same comfort level as the car with internal combustion engine. 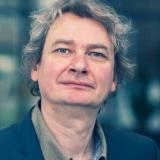