The transport sector generates many local harmful emissions such as noise, Nox and carbon particles with a major impact on the quality of life in cities. Aside from this the transport sector is responsible for around 25% of CO2 emissions worldwide. In order to achieve the climate objectives of the "Paris Agreement", these global CO2 emissions have to decrease urgently and drastically. 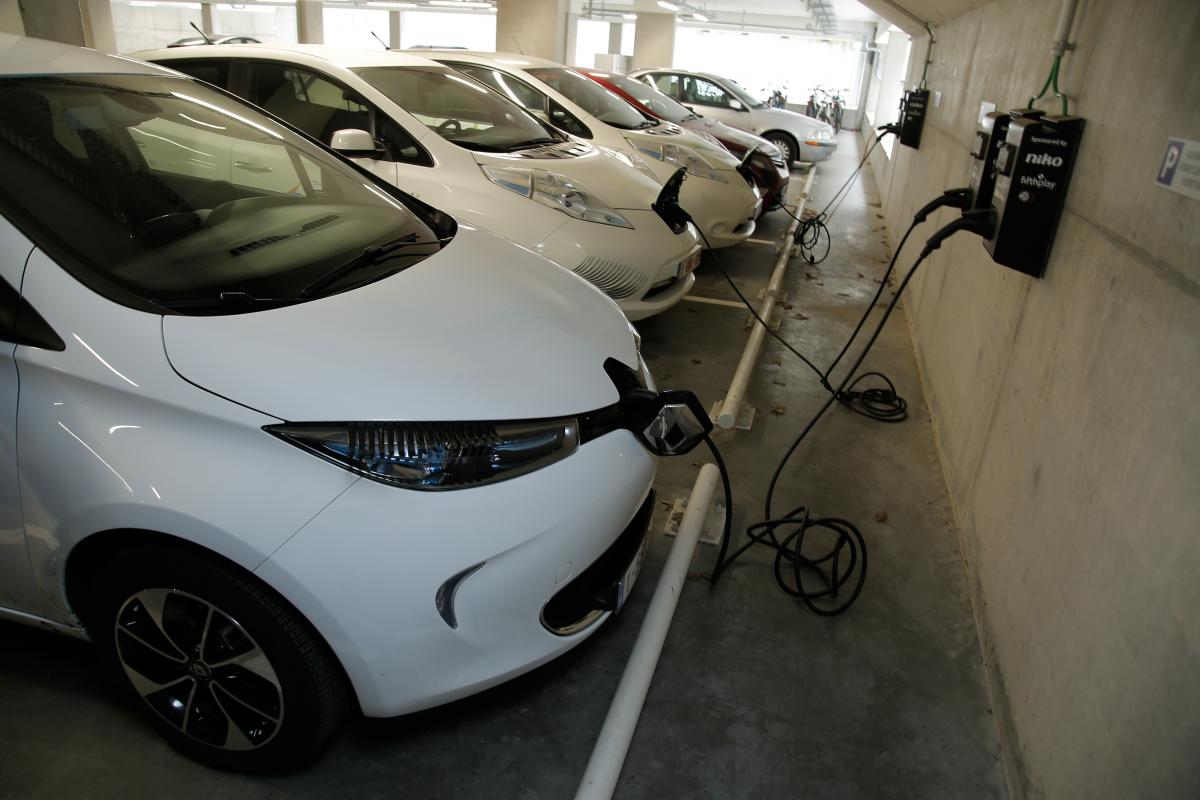 It is not only important to introduce environmentally friendly vehicles, but also to use them as efficiently as possible through mobility concepts such as car sharing, public transport and, in the long term, self-driving vehicles. In this area as well, the share of electric vehicles will continue to increase. In China, for instance, we are witnessing an increase of electric buses in cities like Shenzhen, where the entire fleet is being electrified. At the end of 2016, 345,000 electric buses were already in use worldwide, most of them in China. But in Europe as well there are countries with great ambitions in the area of electrification of the bus fleet, for instance the Netherlands who can certainly be considered to be one of the forerunners in this effort. This trend is appearing in other countries as well, indicating that the phase of pilot projects is over and that the use of electric buses is becoming more and more the standard for inner city public transport. One of the reasons for the increasing demand for electric buses is 'het Bestuursakkoord Zero Emissie Bus' (Zero Emission Bus Administrative Agreement). In this agreement, fourteen authorities in transportation and the government agreed to have completely (!) emission-free regional bus transport by 2030 (order of magnitude of 5,000 buses). From 2025 onwards new buses are no longer allowed to emit CO2. Flanders is also taking the first, albeit much more modest, steps towards electrification of the bus fleet. By 2025 De Lijn wants to drive 100 percent electric in the 13 Flemish center cities and in the Brussels Periphery (order of magnitude of 1.200 buses).

The number of electric vehicles will continue to increase in all vehicle segments in the coming years and integration into the current electricity grid has to be tackled in a smart and cost-efficient manner. In order to achieve the goals formulated in the Paris Agreement, we have to make a strong commitment in the coming years to build a sustainable energy system based on renewable energy. Studies of CREG1, among others, show that charging a large number of electric vehicles is not that much of a challenge in terms of electricity production in the future, as the increase is only 4% when 1 million electric passenger cars are put into use. The challenge is situated more at the local level, specifically in creating peak consumption through uncontrolled charging. In other words, smart charging is the answer! There is also an important synergy between the energy and mobility sectors: in the electricity grid supply and demand must always be perfectly matched and the smart charging of large fleets of electric vehicles can play an important role in this. In this case the electric vehicles are considered to be a "large virtual battery" for the use of renewable energy in times of overproduction or for charging at times that are favorable for the electricity network and for the end user in terms of cost.

Of course, when smart charging you must take into account the mobility needs of the end user, because the electric vehicle’s primary function is to meet the end user’s demand for transportation. However, studies show that most drivers only use their vehicle for relatively few kilometers per day (order of 15,000 km per year2) and meanwhile the driving range of recent electric vehicles is increasing (more than 300 km becoming more and more the standard). This combination means that most drivers should not have "range anxiety" and that smart control of the charging process is certainly possible in the long term. Vehicles are parked up to 90% of the time on average, which is of course a waste of investment.

Why not use the parking time of electric vehicles to reduce the price of charging by charging at the most optimal moments? Or even start earning money by supplying energy from the vehicle back to the electricity grid at certain times? To offer such energy services, the vehicles and the charging infrastructure must allow this and be able to have energy flows in two directions. This is called "Vehicle-2-Grid" (V2G), but there are also variants such as "Vehicle-2-Home" (V2H) where, in case of a power failure, you can still use the energy left in your vehicle to power your home. Such V2H options (e.g. on Nissan Leaf) have become popular after the tsunami in Japan in 2011, so that in the event of a power failure residents can use their electric vehicle to bridge a few days. A residential building consumes around 10 kWh/day and most electric vehicles on the market today have a battery size in the range of 20-80 kWh. This V2G technology is receiving more and more attention because it offers even more flexibility to respond to the energy market, but the offer on the market is currently still limited. We see large investments in the field of V2G projects in countries such as the UK and the Netherlands; these developments should be followed closely. For instance in the framework of the City-Zen project, coordinated by VITO/EnergyVille, the V2G technology is being tested in a demo environment in Amsterdam. 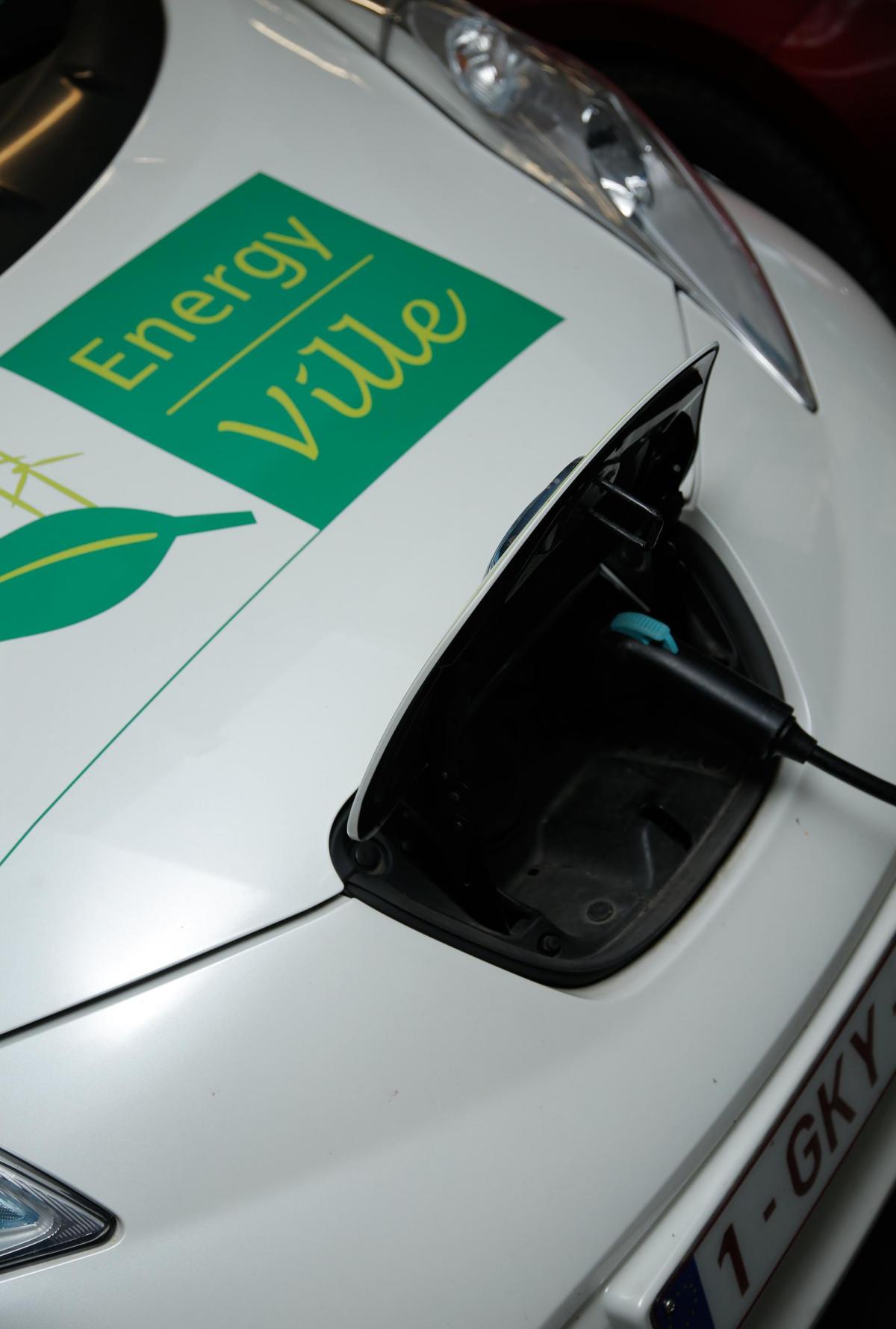 Increasingly more companies are capitalizing on opportunities to offer energy services based on large fleets of electric vehicles. Numerous types of energy services are possible and it must be determined per country which services can provide the most margin. It will usually be a combination of energy services. Companies such as Nuvve report initial real-life results3, in which sums of around € 1,000 per year can be earned per electric vehicle through smart control of the charging process. A lot of additional experience needs to be gained in order to get a better view of the overall business case, because aspects such as battery aging also play a role in the final Return-on-Investment. At the same time, battery research leads to continuous improvements in terms of cost reduction, energy density and expected service life.

EnergyVille focuses on research into battery systems and smart charging because this can have an important social and economic impact for Belgium. The number of electric vehicles will only increase in all vehicle segments in the coming years and integration into the current electricity grid must be tackled in a smart and cost-efficient manner.

Figure 1: Overview of the electrical consumption in EnergyVille 1, before smart charging was enabled. The morning peak caused by charging (blue) of vehicles is clearly visible (the sessions of the charging points that we cannot use for smart charging are not shown separately.)

Figure 2: Delaying the start of some charging sessions until 11 am causes a strong flattening of the morning peak.

In order to bring all knowledge in the field of smart charging together, EnergyVille has set up “Het Vlaams Kennisplatform Slim Laden” (the Flemish Smart Charging Knowledge Platform) together with The New Drive and VOLTA. This is a neutral platform and central point of contact for all Flemish stakeholders with an interest in smart charging. Through knowledge gathering and dissemination, workshops and with attention to the ongoing demonstration projects in the Netherlands and abroad, the platform aims to increase the level of knowledge about smart charging and to facilitate the cooperation between (market) parties. The next workshop will take place on 5 November, 2019 in Brussels. More information: www.vksl.be 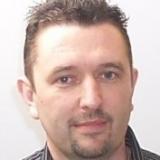