Collective forms of engaging in energy attract a lot of attention in energy research. Although they are not new, the increasing decentralisation of energy resources witnesses the resurgence of collective activities in energy and new concepts such as Local Energy Communities, Positive Energy Districts, Micro-grids, or Community Virtual Powerplants emerge. They are developed and studied through multi-disciplinary approaches , while taking into account context specific needs. They are rightfully considered to be an opportunity to engage citizens in the energy transition.

The Clean Energy for All European Package recognises the importance of the engagement of citizens in order to achieve the energy transition, and puts forward an enabling framework to empower the citizen, notably through ‘Renewable energy communities’, ‘Citizen energy communities’, as well as collective self-consumption. Not only does the Clean Energy Package bring to the fore citizen empowerment, it also acknowledges that decentralisation of the energy system towards renewable energy sources ultimately brings along new market entrants and new forms of innovation.

VITO/EnergyVille is part of the H2020 research project COMETS which focuses on collective, citizen driven activities, referred to as Collective Action Initiatives (CAIs). More precisely, a Collective Action Initiative is defined as a citizen-driven initiative that deploys collective activities for producing, sharing, saving, purchasing, creating awareness and spreading knowledge on renewable energy.  To better take stock of the engagement of citizens organised in collective ways and their impact on the energy transition, an online survey was disseminated to initiatives across 6 countries between May and September 2020. In Belgium such initiatives could be energy cooperatives, transition initiatives, co-housing initiatives, energy efficiency or mobility services initiatives. 43 initiatives took part in this survey. We present the Belgian results and provide a reflection as to whether they can be a means to unlock citizen engagement in the energy transition. 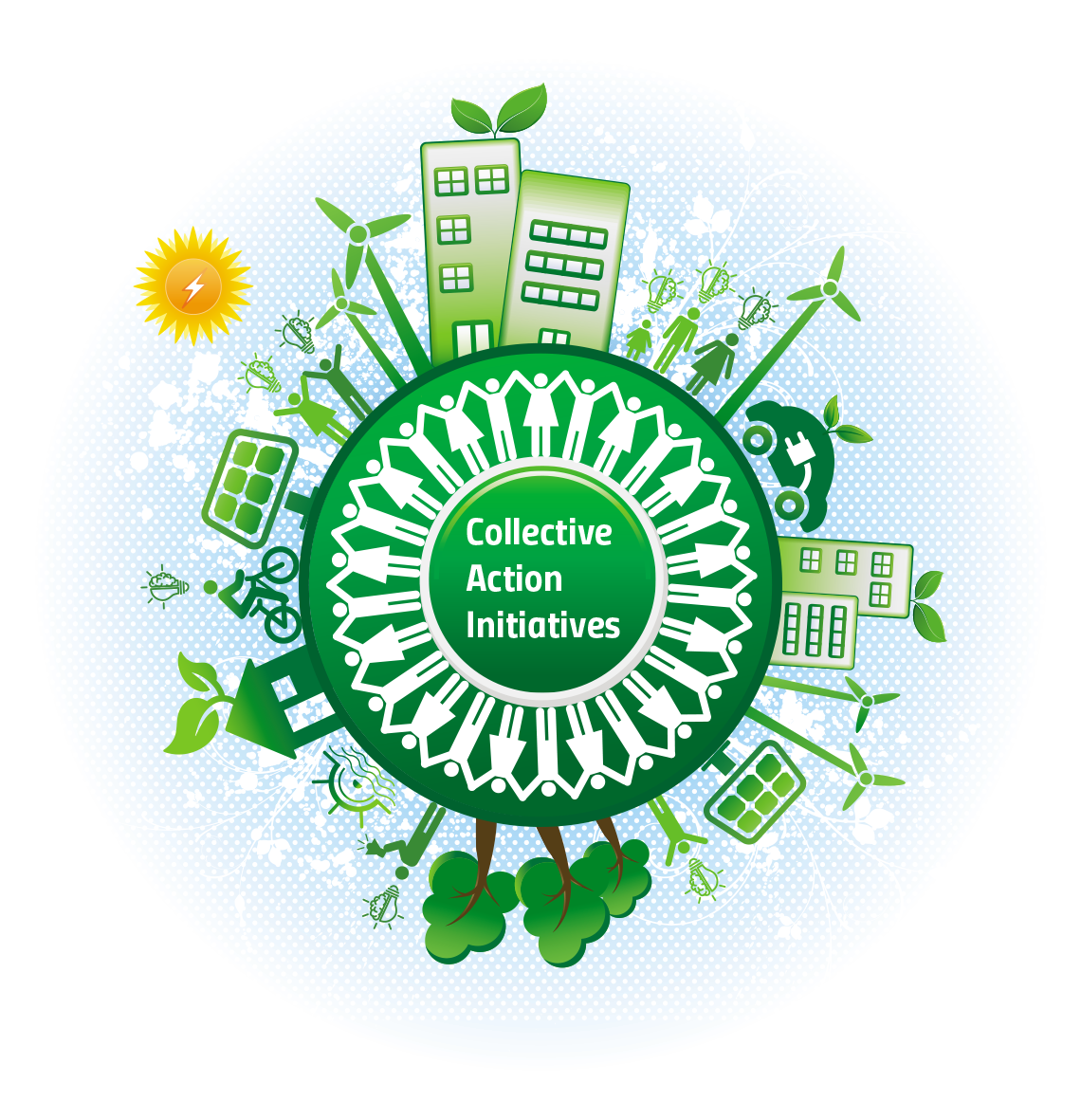 Coming from citizens, supported by organisations

Citizen engagement can take many forms. In Belgium, the great majority of the respondents (84%) reports that their initiative originated thanks to the citizens’ ideas. Among those, half of the respondents indicate that they are citizen-driven only initiatives, while a third also involves non-private organisations such as municipalities or energy-environment NGOs at the origin. A minority of the respondents (16%) indicate their initiatives don’t include citizens at the origin but do include universities, municipalities or civil society actors, while 8%  include for profit organizations. Almost two thirds of the initiatives chose the cooperative as their legal form of choice, whilst almost 20% are set up as not-for profit.

The initiatives pursue a wide range of objectives. Most of the initiatives studied (two third) seek energy democracy (e.g. the majority of the respondents follow the one-member-one-vote principle to take decision within the General Assembly ). More than half seek to make energy generation more local and to allow citizens to profit from the return on investments (ROI) in renewable energy. To a lesser extent, they want to increase access to renewable energy sources and give alternatives to traditional energy models.

The majority of the initiatives reported to be active in more than 4 different sets of activities (86%), often combining activities from the two main themes. The activities aim to benefit the citizens (74%), the municipalities (63%), the SMEs (49%) and the associations (44%).

Besides energy related activities, Collective Action Initiatives thus also pursue activities with social purpose. The energy related activities, on the one hand, mainly focus on generation from renewable energy via solar PV rooftops and on-shore wind renewable energy technologies. They finance renewable energy projects or technologies, organise or manage joint self-consumption or energy sharing, and advice on energy consumption. Although mobility services remain niche, electric vehicle sharing emerges in 10% of the initiatives and some respondents expressed the interest in becoming active in mobility services in the future. On the other hand, the initiatives pursue activities with social purpose, socio-political and/or environmental purpose. They seek to bring about social benefits mainly through raising awareness about renewable energy and collective action, providing technical knowledge on renewable energy and supporting local community projects. They are also actively giving political recommendations and messages through media, lobbying and in the organization of mobilisation campaigns. Activities to tackle energy poverty are timid, so as environmental protection activities, but some respondents are active in the support of sustainable practices in other sectors (e.g. agriculture).

Most initiatives report to be small (between 1 and 99 members), or medium-sized (between 100 and 999 members). Less than 20% of the respondents report that their initiative includes more than 1000 members. Almost all respondents rely on volunteer work to carry out activities (95%). In the initiatives where there is staff employed in addition to the volunteer base, the number of employees remains limited: 21% of them have less than 1 full time equivalent employee, and 16% have between 2 and 10.

Working on regional level, in cooperation with energy networks and local actors

The initiatives evolve in a rather local environment. Indeed, with regard to the geographical scope of their activities, half of the initiatives report to operate in several municipalities in the same Region, which means either in Flanders, Wallonia or Brussels-Capital. A minority operates at the national level (14%), and another small portion of the respondents report that their initiative operates in only one municipality, hence very local. With respect to potential partnerships with different stakeholders, the initiatives cooperate mostly with formal energy related networks such as RESCOOP or Ecolise (more than 70% of the respondents), and local actors (local associations, local cooperatives (non-energy related such as agriculture), church, sports club, etc., for more than 65%).

Profits go to citizens or reinvestments

The majority of the initiatives wish to grow. They envision investing in new projects and/or increasing their generation capacity, increasing and diversifying their number of members (from different socio-economic, cultural, gender backgrounds), providing new services, activities and products.

Although the majority of the initiatives wish to grow, only a small portion of respondents (14%) would like to increase the geographical reach of their membership. It indicates that their growth doesn’t necessarily mean geographical expansion, but further consolidation and inclusion of members in the area they operate in. Indeed 56% of them want to increase their number of members, and 25% of the respondent indicate that they would like to bring in new types of members (from different socio-economic, cultural, gender backgrounds) than they have now.

Unlocking the citizen engagement in the energy transition through Collective Action Initiatives.

Collective Action Initiatives in the energy field represent an opportunity to unlock the citizen’s engagement in the energy transition. The results of this survey show that the Collective Action Initiatives in Belgium emerge from the ideas of the citizens, who seek energy democracy and the ‘relocalisation’ of energy generation. They are small to medium-sized and volunteer-based with a diversified portfolio of activities. They operate in their respective Region and cooperate mainly with energy-related networks and local actors. Their profit is distributed to the citizens and reinvested mainly in their energy related activities. They wish to develop further and be long-standing.

However, they face challenges in doing so. Almost 90% of the initiatives report that they struggle to keep their initiative going forward. Such difficulties include finding political support, complying with law and regulation, understanding and/or following the administrative procedures (e.g. permits), competing with established energy players, accessing finances (including subsidies), and the work load related to these activities. Moreover, engaging other citizens to participate in the initiatives is reported rather difficult by over 60% of the respondents. Taking part in such a type of initiative remains being challenged by the perceived lack of interest for the energy transition, lack of awareness or understanding of the initiative itself and its benefits, and local action fatigue.

In short, can Collective Action Initiatives be a means to unlock citizen engagement in the energy transition? Our results show a clear momentum for Collective Action Initiatives to emerge, driven by citizen’s willingness to engage in the energy transition, and fuelled by their voluntary work. However, extensive awareness raising and the removal of various barriers, including local action fatigue need to be tackled to fully unlock the citizen engagement in collective energy activities. Some of these challenges will be addressed in the next phases of the COMETS project that will further engage initiatives and other stakeholders in working towards strategies, tools and instruments for accelerating collective action in Belgium. If you wish to find more about the COMETS project, and to find resources on Collective Action Initiatives, you can visit Communities For Future.

The authors are all researchers at EnergyVille/VITO. They work on the TEEM team and specifically in the unit Smart Energy and Built Environment.

Merce Almuni Calull supports the European Commission and both regional and local governments in their transitions towards a decarbonised and sustainable energy system. She studies the economic, technological and behavioural elements that are associated with this transition.

Erika Meynaerts was already involved with several projects calculating the costs and effects of environmental and energy policy. Next to that, she has cooperated on studies for local governments, analysing the energy system and writing scenarios to achieve ambitious goals for CO2 reduction.

Pieter Valkering works on an integrated analysis of energy systems, focusing on the social aspects of these systems. He examines the social barrieres and social incentives in the energy transition, the role of community energy and the user aspects of renewable energy technologies. 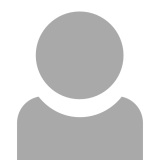