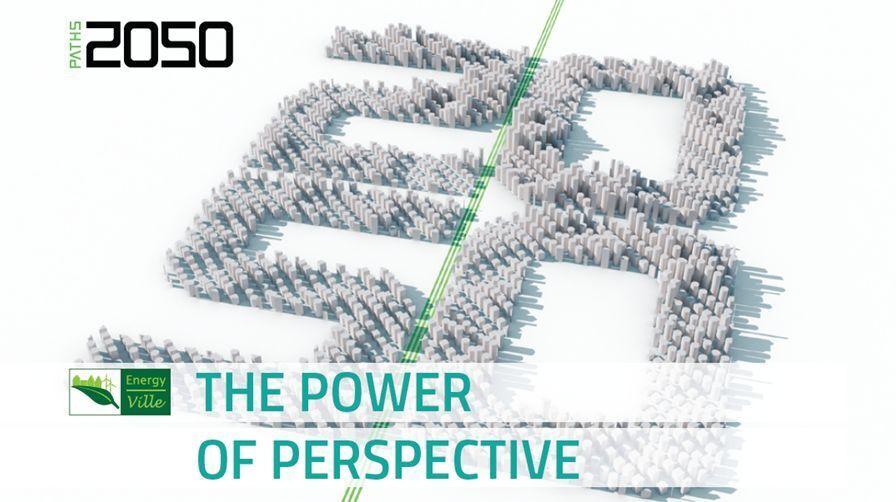 Brussels, 11 October 2022 – Commissioned by Febeliec, EnergyVille recently investigated the most optimal way to achieve a climate-neutral Belgium by 2050, and this at the lowest societal cost. We took the current high prices into account, and looked at the horizon towards 2030 and 2050. Is it at all possible for Belgium to become climate neutral by 2050? And, if so, will climate policy towards 2050 be affordable for our society? Our results were poured into a platform that allows for these results to be viewed at a glance, and this across different sectors – power, industry, transport, hydrogen and residential & commercial. For the platform, baptised PATHS 2050 - The Power of Perspective, more than 200 EnergyVille researchers collaborated to plot data-driven roadmaps for three different scenarios - each of them describing another possible route for our journey towards Belgian carbon neutrality by 2050.

Three scenarios were used for this modeling study: a central scenario (given today's technical developments), a scenario of electrification (assuming Belgium gains access to a large zone in the deeper North Sea for an additional 16 GW of offshore wind energy) and a scenario with sustainable molecules and limited carbon storage (focus on green hydrogen and fuels based thereon).

Important sidenote: modeling studies assume scenarios, and are not predictions of the future. One must therefore keep the assumptions in mind when interpreting the results.

A sample roadmap with a necessary rapid rollout of technology

Described here below are the results our model came up with, and in an ideal world – where all decisions are made with the goal of achieving objectives at minimal societal cost – this is what the world would look like. Remember, however, what is described here below does not count as a prediction of the future – just as “the best possible world". Our real world will obviously differ from the one here described...

The next few years: little room for additional technology, but preparatory work necessary

The next two years will be characterized by war economy. The structural scarcity of energy – due in part to the war in Ukraine – will hurt economically and financially, and require drastic measures. Development of renewable energy and related infrastructure is a priority, as is renovating the building stock. Investments in the electricity grid and in heat pumps and heat networks will pay off, in conjunction with the phasing out of the gas grid. This will require flexibility: flexibility markets, smart charging and flexibility at the building or industry level.

Achieving the 2030 goals will mainly require ambitious policies on buildings, investing in infrastructure such as high-voltage grids, but also carbon capture for industry – where carbon is captured and stored or processed so that it does not end up in the atmosphere – and installing renewables, especially wind, as soon as possible. The most economically interesting thing to do? is to have oil-fired boilers disappearing from existing buildings even before 2030 and stop further investments in gas boilers. In addition, according to the model, all newly purchased cars are electric. Green hydrogen production, according to the results, plays no significant role before 2030, including in industry.

The 2050 ambitions: counting on innovations, but reasons to be optimistic

It is possible to become climate neutral if offshore wind and solar energy are greatly expanded. To cut the cost, additional access to offshore wind is particularly interesting. The cost can also be reduced by innovations such as small modular nuclear reactors that can play a role as from 2045 onwards (considering that such reactors are still far from market-ready). In the scenario of electrification, the capacity of these nuclear plants is about the same as the nuclear park before regulatory closures. Without nuclear innovation or other carbon-neutral baseload electricity production, the costs are higher. This is mainly the case because more imports of both electricity and hydrogen are needed for electricity production. In addition, more investments are needed in flexibility options such as smart charging, batteries and green hydrogen plants.

Achieving a climate-neutral Belgium is feasible and affordable

From a technical and societal perspective, a climate-neutral scenario is feasible, and in terms of cost, the energy transition is also affordable. In this study, a comparison was made between climate action and no climate action, and for investments of 2-4% of the gross domestic product (reference 2021), Belgium can become climate-neutral while maintaining its current industrial output. Whether Belgian energy-intensive industries will be able to compete with countries with abundant cheap renewable energy sources is an open question not addressed here. The benefits of climate action – such as fewer natural disasters and a positive impact on air quality and health – were not quantified either.