Within the research project 'Sunovate', researchers have developed a smart film that can be placed in double-glazed windows or in so-called integrated solar panelsn which are panels that are for example integrated into roofing. The film will be between the two glass plates of the windows or within the solar panel itself. That way, the film will never be exposed directly to different weather conditions, which will prolongue its life significantly.

The 'smart' aspect lies in the thermal regulating function of the polymer film. "That means that when it's cold outside, these films will let the infrared light, i.e. the heat, pass through the windows. When outside temperatures are low, the sun rays will warm up the inside of the building. But when it's 25 degrees or more outside, the infrared rays will be blocked. Daylight will always come through, but heat rays will only be let in when necessary" explains professor Marlies Van Bael. "The chemical secret lies within the pigments we're developing for the film. These particles, that are 'invisible' to the human eye, allow for the heat regulating characteristics. They help perform this miracle."

The Limburg researchers expect for this film to reduce the energy consumption of a building with an everage of 20 per cent, especially because there's less demand for cooling. As a consequence, the CO2 emission of the building will be lowered drastically. "If we provide all the windows in the EU with a similar glazing, we would see a yearly saving of 75,5 million tons of oil or other energy sources and a reduce CO2 emissions with 94,3 million ton" calculates professor Pascal Buskens.

The researchers will now examine the possible role of this smart film for solar panels. It's widely known that solar panels are less efficient when they heat up too much. That is why regular solar panels will be installed with a little distance from the roofing, making sure that the wind can get underneath the panels and is able to provide extra cooling. This is a bigger issue for the so-called integrated solar panels, because the wind can't provide that cooling effect there. 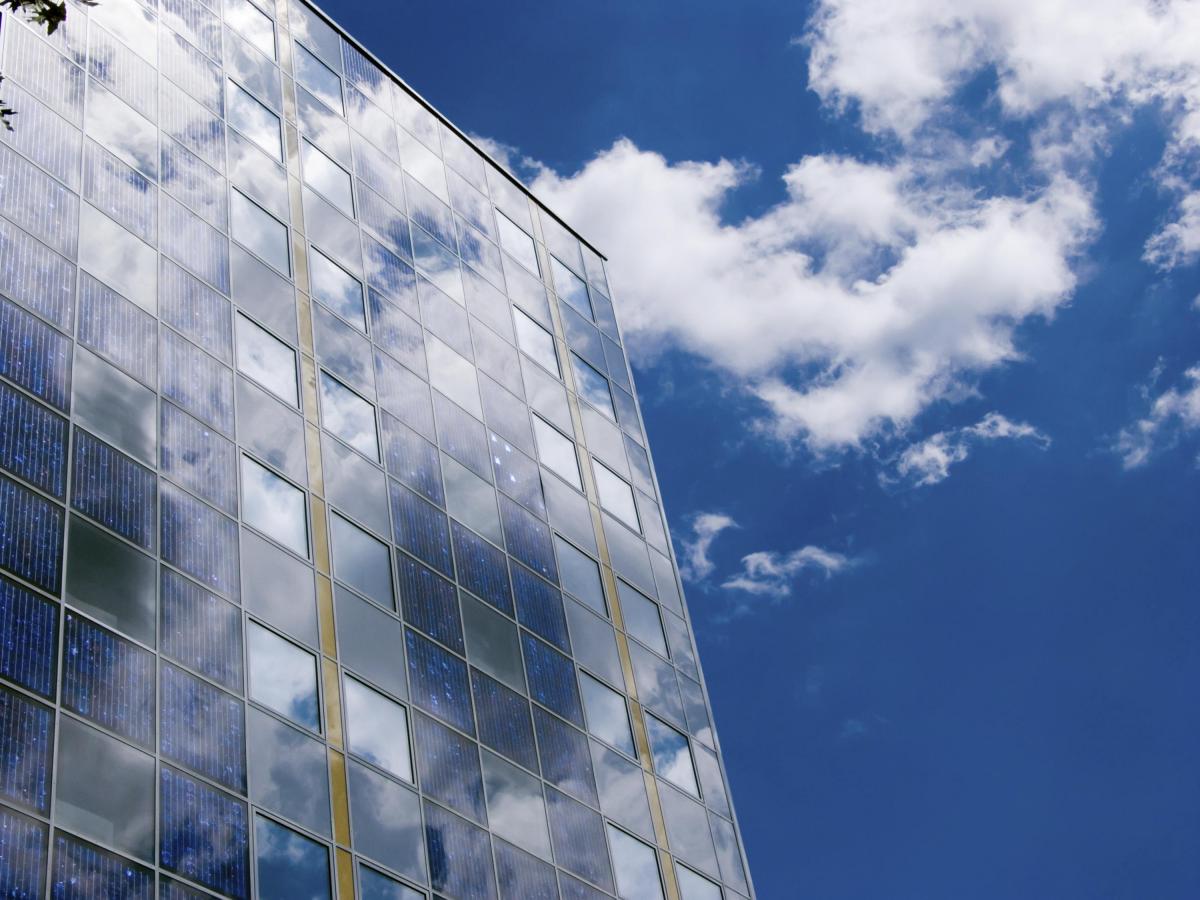 "By integrating this film into the solar panels themselves, they will be able to generate more electricity, they will last longer and we can prevent damage to the panels", says Van Bael. "This allows us to lower the payback period for new windows (about four years today) and solar panels (zeven years) even further.

A Flemish-Dutch syndicate of companies and knowledge institutions from Flemish-Brabant, Limburg, Antwerp and the Netherlands support the project Sunovate. For Limburg, there's UHasselt and the specialised research institution Imo-Imomec. In addition, the new technology will be tested at EnergyVille in Genk. That is why the project can count on 675.000 euro support from the European EFRO programme, totaling the budget at 1,35 million euro. The results of this in-depth research are expected by 2022.

The province of Limburg is also contributing by financially supporting the project with 230.000 euro. "We foresee important application possibilties for the economy in Limburg", says deputy of Economy and European Affaires Tom Vandeput. "Not only for the building and automobile industry, but also other sectors. Furthermore, this can be important leverage in transitioning to sustainable energy. That explains our substantial support to this promising project."