This report outlines the progress made in 2018 and 2019 in the deployment of renewable energy sources (RES) since 2005 in the European Union (EU-27) as a whole, and at country, market and technology level.

Using data reported by Member States to Eurostat and early estimates from the European Environment Agency, the assessment confirms that the EU RES share continues to be in line with the indicative trajectory designed to achieve the mandatory 20 % EU RES consumption target for 2020. However, to achieve the 2020 targets with certainty and prepare for their transition towards climate neutrality, countries need to prioritise the deployment of renewable energy sources as part of their energy mix, and invest in energy efficiency improvements nationally and across the EU. This is particularly important in the context of the post-COVID-19 recovery. For the transport sector, the RED sets a target of 10 %. At current pace this target would not be met by 2020. However, due to the COVID-19 crisis energy use fell significantly in 2020, especially in transport, which may contextually facilitate the achievement of the 10 % target set for the transport sector.

Seen globally, between 2005 and 2018 the EU has transformed its electricity production base faster than other world regions. However, even though the EU is still the world leader in renewable electricity capacity installed per capita, in terms of total installed capacity China surpassed the EU already in 2013. 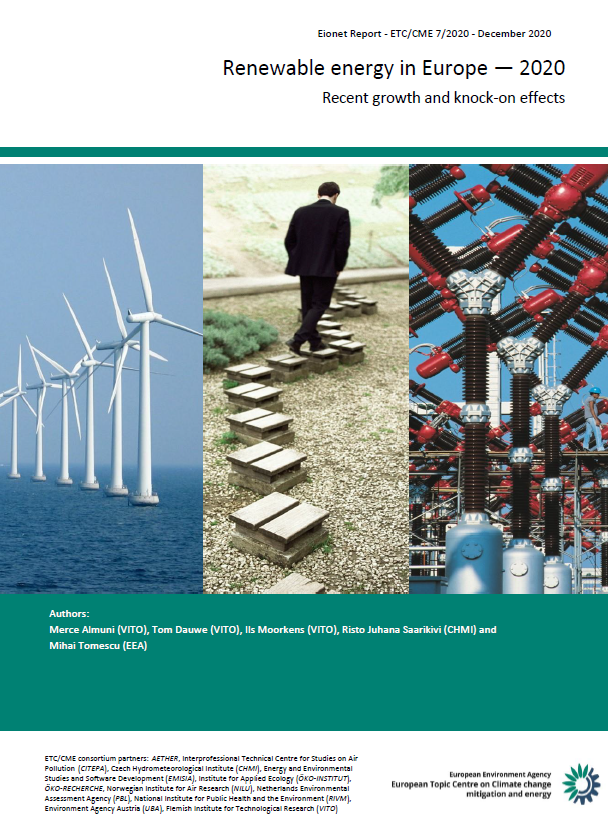 Information about the report

Consult the interactive products, derived from EnergyVille/VITO's data collection and calculations for the ETC/CME here: the renewable energy impacts dashboard and the data viewer accompanying the report.