Denmark is undeniably the leading country in terms of energy transition. 60% of all electricity is generated by wind power. The construction of an artificial energy island to store offshore wind energy should lead to a 70% reduction in emissions by 2023 and complete climate neutrality by 2050. It is no coincidence that the country holds first place on the Climate Change Performance Index (CCPI), an independent ranking that reflects the climate performance of all countries.

To learn from the Danish model and facilitate innovation within the energy transition for companies in Belgium and Denmark, Voka - Chamber of Commerce Limburg signed an official letter of intent in the Danish capital Copenhagen with its Danish counterpart Dansk Erhverv. The Danish Chamber of Commerce is the network for the service sector in Denmark. It is one of the largest professional business organizations in Denmark with more than 350 employees. Through its strong network in the Danish business community, Dansk Erhverv is in contact with a number of leading companies in the energy transition.

"With this signing, we strengthen the relations between the two parties to support and improve the range of services related to supporting companies and their employees in their growth and energy transition", says Cathérine Dreesen, director of innovation & internationalization who signed the document on behalf of Voka - KvK Limburg.

"Due to the energy crisis, we see that one in four companies in Limburg wants to commit to renewable energy before the end of this year, one in five companies plans long-term sustainable investments. This is an opportunity we have to take advantage of. We already have knowledge in the field of energy transition in Limburg. But with this letter of intent we are tapping into additional expertise that will enable us to provide Limburg companies with even more and better guidance on their energy issues." 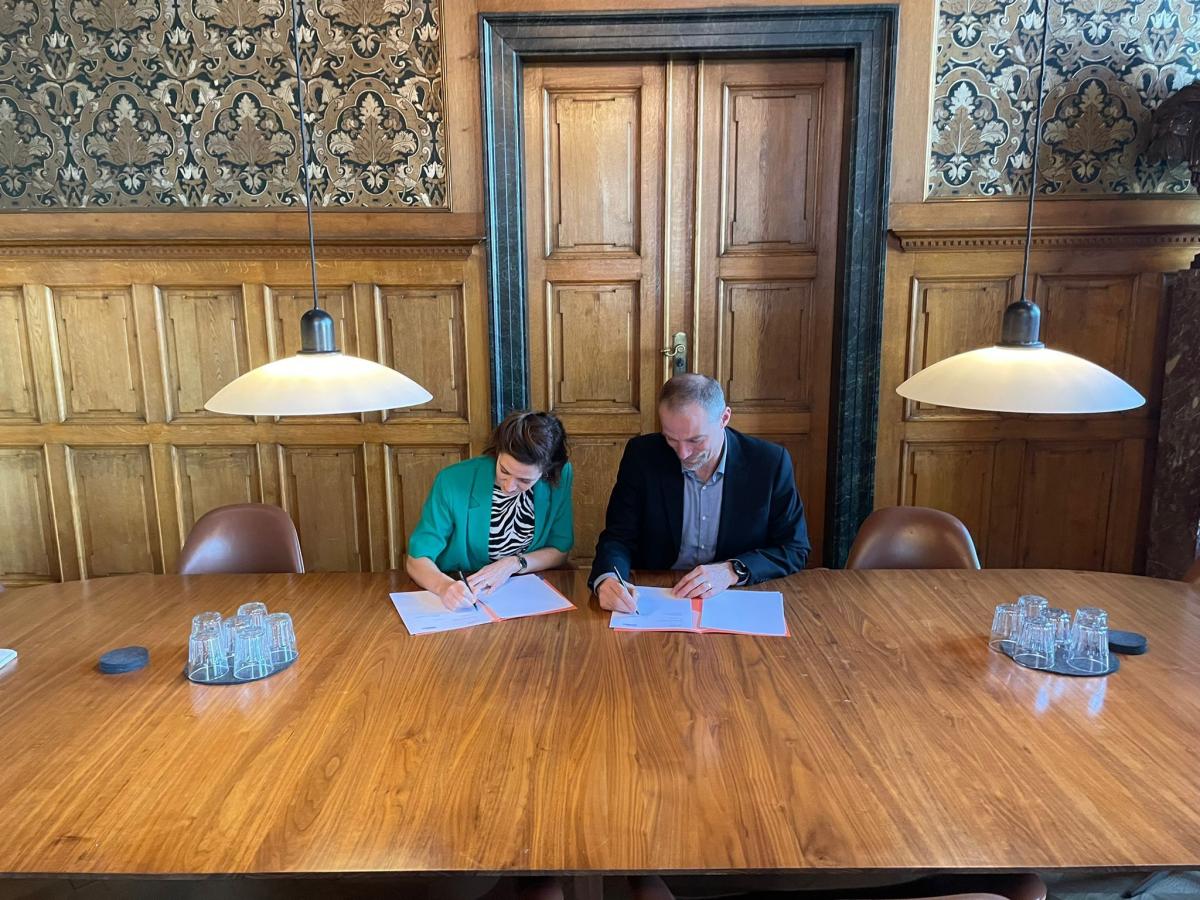 The letter of intent focuses on four pillars to strengthen the energy transition in both countries. The first pillar is innovation. Both Chambers of Commerce are making a commitment to exchange information on daily activities and initiatives to accelerate innovation in the context of energy transition.

The second pillar deals with the use of each other's network to transfer information to strengthen the service offerings to companies in the context of the energy transition. The third pillar looks at supporting international trade between Denmark and Limburg. As a fourth pillar, both countries are investigating whether mutual cooperation in the field of energy transition can be relevant for the future.

"In this way, we always try to pursue a win-win and create crossovers to help both our affiliated companies, the Danish as well as the Limburg companies, to develop further in the field of renewable energy", Ulrich Bing said.

The signing of the letter of intent is the final chord of a three-day inspirational mission in Denmark which Voka- KvK Limburg organised together with POM Limburg and EnergyVille. Together with several Limburg entrepreneurs, the delegation was immersed in the knowledge and experience Denmark has accumulated over the years regarding energy transition. This included visits to inspiring companies, the Danish Technical University, the Danish Technological Institute (DTI) and State of Green, the acclaimed knowledge center for energy transition and renewable energy sources.

"Limburg entrepreneurs are working hard on energy-efficient business and production. We see that many companies already produce their own energy or take measures to reduce energy consumption to the maximum”, says Bert Gysen, COO at EnergyVille and unit manager of Energy Technology at VITO."From EnergyVille, we provide them with the necessary expertise and tools to roll out these processes to successfully meet the current challenges in the energy market."

"The aim of this mission was to gain inspiration, exchange knowledge, make contacts and above all learn from and with each other. This was more than successful. After all, sustainable business is not a linear path but a continuous process that requires follow-up and adjustment. Through missions like these we bring like-minded entrepreneurs closer together and facilitate knowledge transfer, which is crucial to take the next step in our province in the field of sustainable innovation and energy management", concludes Cathérine Dreesen.

Even TV Limburg followed the energy mission in Copenhagen

You can rewatch the full report here.