The technology for floating photovoltaics has received great attention in recent years, and systems for lakes and reservoirs are rolled out in gigawatt-scale worldwide. However, the technology used there is not suitable for a marine environment with its strong waves, wind, and risks of corrosion and fouling. Therefore, new developments are required for a roll-out in this harsh environment. Several approaches are currently being investigated by companies around the world, including in Belgium, with some of them now approaching pilot stage.

There are distinct advantages for this technology over land-based PV installations:

Within 2 years, the research consortium will conduct an independent bottom-up study to determine the potential of OFPV solutions for energy generation in the Belgian sea. In order to do so, we will perform research and simulations towards the power generation potential, assessing the impact of wave motion, reflections, temperature, wind and soiling on the power of the system. We will investigate different mechanical structures, starting with the analysis of published concepts, going through own simulations, and ending with wave tank tests on our own prototypes. Learnings about structural concepts will be fed back to the energy yield simulation in order to refine the power generation analysis.

Further to the mechanical structure, the design of the electrical system will be investigated. Here, the choice of components and the electrical architecture have to be optimized for maximal reliability and resilience, since any faults occurring out at sea are extremely hard to fix. Crucially, we have to decide which conventional components are fit for use, and where specific developments are required to fulfil the requirements of the harsh environment.

A big factor influencing the cost of the generated energy is the grid connection. Here, we are aiming to co-utilize the infrastructure of existing wind farms in order to keep costs in check. Analysis is on the way to understand how much solar power can be added to the existing wind turbines without losing too much energy due to curtailment, which becomes necessary if high degrees of wind and solar generation coincide. This can potentially influence the design of offshore grids for hybrid wind/solar farms that have not yet been built.

Next to the generation, interaction with the environment needs to be taken into account. Therefore, we will investigate the effect that such a system has on the environment and determine potential constraints on the size of structures or the surface coverage density. Also, the effect of organisms on the structure has to be considered, such that the system is kept in operating condition while being benign to the environment.

The research institutions are combining their specific expertise for the best of the project: PV module technology and performance simulation of imec, reliability, electronic design and testing capabilities of UHasselt, knowledge on marine biology of RBINS, and competencies in electrical design, grid connections, marine technology and biology of KU Leuven.

“With the existing expertise of the partners, we are well positioned to deliver multidisciplinary research in this very challenging field of energy generation, which holds huge potential for a large expansion on the scale of several gigawatts. It can help putting Belgium firmly on the map when it comes to innovative renewable energy generation.”, says Johan Driesen, Professor of Electrical Engineering at KU Leuven and affiliated with EnergyVille.

With the support of: 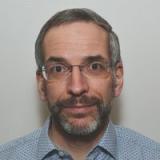