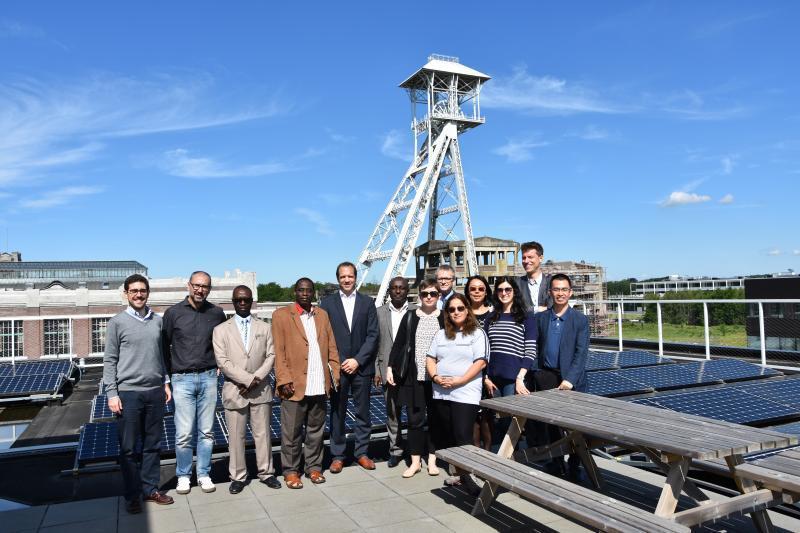 The World Bank, which has its headquarters in Washington, was set up after the Second World War to help fund the reconstruction of Western Europe. Today, it is one of the world’s biggest development organisations. By providing ‘soft loans’, the World Bank supports countries in their efforts to tackle extreme poverty and income inequality. The organisation places a strong emphasis on the United Nations’ sustainable development goals (SDGs) when granting these loans, whereas in the past it focused more on infrastructure projects.

‘Belgium has played an important role in the governance of the World Bank since its foundation. Our country is now being represented by Mr Schoenleitner, who is one of the 25 executive directors; he comes from Austria but also has countries like Belgium, Czech Republic, Hungary and Turkey in his election group. As a Belgian representative, I am very proud that the World Bank appreciates and calls upon our Belgian expertise.’ explains Nathalie Francken, currently substitute Deputy Director for Belgium in Washington.

Although the vast majority of the supported projects are coordinated by the receiving country, the World Bank also manages initiatives itself. EnergyVille/VITO has cooperated on a number of these initiatives, in the form of contract research. One recent example is ‘ThinkHazard!’: a tool that shows project leaders at a glance the risk of flooding, earthquakes and other disasters. The World Bank turned to EnergyVille/VITO to develop the section on extreme heat. ‘This was a walk in the park for our climate specialists’, says Arnoud Lust of EnergyVille/VITO. ‘We were able to draw on many years of knowledge and expertise to produce the tool. But it’s thanks to the World Bank that this knowledge and expertise is now being used at a global level. That kind of leverage cannot be underestimated.’

Within large organisations such as the World Bank, it is essential to stay on the radar at all times if you want to be involved in projects as a stakeholder. And EnergyVille/VITO is keen to be involved. ‘There is considerable overlap between the World Bank’s mission and our own goals’, explains Lust. ‘Our work also has very strong links to the SDGs. We hope that a more structural cooperation will enable us to boost our impact and to implement at a global level the technologies and applications we are working on.’

The involvement of EnergyVille/VITO also helps to raise the profile of Belgian companies. ‘This also benefits our national economy, in line with our own mission.’

The coopeeration between the World Bank and EnergyVille/VITO is now taking shape within an ambitious and large-scale programme currently being rolled out from Washington. The project involves the introduction of battery technology for electricity storage in developing countries. The World Bank has earmarked one billion dollars of its own funds for the programme, and hopes to secure a further one billion from donors and three billion from private investors in the coming years. ‘In many southern countries, solar energy is the first choice of renewable energy source’, states Jeroen Büscher of EnergyVille/VITO. ‘Power generation varies widely, which means that storage infrastructure could offer a solution. We want to (help to) provide this infrastructure in the form of stationary batteries.’ The batteries will ensure the stability of the (often still to be installed) electricity grids.

The World Bank launched the Energy Storage Partnership with the aim of implementing the battery technology in the South. EnergyVille/VITO works in close cooperation with the team involved. Jeroen Büscher recently travelled to Washington to share his knowledge of battery standards, and we welcomed a delegation to our battery lab in EnergyVille. ‘We can see that our input is highly valued’, he tells us. ‘It’s important that we are involved from the outset, so that we can also take part in the technical roll-out in the future.’

The aim is not for developing countries to build infrastructure solely using World Bank funding. ‘Ultimately, we need to ensure that the private sector invests in battery technology and energy production’, says Arnoud Lust. ‘The programme takes a very strategic approach. It identifies potential obstacles to the roll-out of battery technology as well as the pros and cons of specific technologies. Lithium-ion batteries are currently the most popular, for instance, but they are primarily designed for electric cars. To what extent can they also be used as stationary storage in a hot climate? We need to find out by also looking at other technologies.’

‘The primary aim of the support provided by the World Bank is to accelerate development and steer it in the right direction, namely low-carbon energy production’, adds Jeroen Büscher. ‘The projects being launched are often demos that give new technologies a chance. That ties in well with what we are also doing at EnergyVille/VITO: sharing knowledge and exploring ways to implement a specific technology.’ 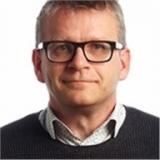