Over 500 Home Energy Advisors have been trained in six countries (Italy, Spain, Finland, Poland, UK and Belgium) to support vulnerable consumers and advise them on energy savings. In Belgium, Fluvius has trained 75 HEAs and intensively supervised around 300 families. EnergyVille/VITO contributed to the scientific foundation of the project (definition of energy poverty, segmentation of vulnerable consumers), the impact analysis of advice and the formulation of policy recommendations. The volunteers trained by Fluvius visited vulnerable families at home, where they could give targeted energy efficieny tips, check whether the family was entitled to a social rate or compare suppliers via the V-test. In addition, all families received a residential meter, which measures the temperature and the humidity in the home. One degree less amounts to a saving of 7% on the total energy bill and heating costs increase in a room with high humidity. The meter gave the families insight into this data so they could immediately see the effects of behavioral changes.

The actions launched within the project have led to a better understanding of the issue of energy poverty at European and especially local level, resulting in a series of specific policy recommendations to combat energy poverty. The project's experiences and policy recommendations were presented at an online conference in early June. The recommendations include, for example, better identification of vulnerable consumers, so that they can be better informed and (financially) supported. Specific measures should be provided for groups with special needs, such as the elderly, people with disabilities, immigrants,... It is also important to improve the energy efficiency and quality of life of homes, and to improve the energy market in general (so that consumers can play a more active role in the energy market). In addition, measures must be consistent and evaluated on a regular basis

The recommendations can be used by various actors, by institutions such as local authorities, social actors or utilities in the fight against energy poverty. In addition, some municipalities have already expressed an interest in integrating the ASSIST model into their energy and climate action plans. 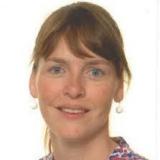