"I want to build a career in research that brings new and emerging technologies to the market." This ambition of PhD candidate Kudakwashe Chayambuka was still on a large panel at the first Clean Vision Summit in February 2020. A few months later, Kudakwashe can also objectively conclude that he is on the right track. Advancend Energy Materials awarded him the Certificate of Completion for his publication in the journal. After all, his research ranks among the top 10 most downloaded papers.

Grietus Mulder, researcher in Energy Technology at VITO and EnergyVille, and two colleagues from the Technical University of Eindhoven were also involved in this research. It gives an overview of the evolution of sodium-ion batteries, a new class of batteries that could offer an answer to a future in which lithium and cobalt, which are needed for the batteries, will be scarce.

Indeed, the demand for electrochemical energy storage technologies is growing rapidly. Not only is there much more demand, but more sustainable ways of energy storage are also being sought. At the moment we mainly work with lithium-ion batteries (LIBs), but the question is not only whether they will be able to meet the overwhelming demand in the future, but also whether we can continue to rely on minerals that we cannot extract from our own soil but have to mine in unstable regions.

Sodium-ion batteries (SIBs) are a new class of batteries with similar performance characteristics to LIBs. Because they are composed of common elements, it is possible to assemble cheaper and durable battery modules with them. It is a new technology, but researchers have worked intensively on it in recent years, which has led to a phenomenal improvement in the learning curve in SIB technology.

In the overview Kudakwashe Chayambuka offers with colleagues, innovative strategies are used in SIB material development and the electrochemical properties of anode, cathode and electrolyte combinations are explained. They demonstrate attractive performance characteristics based on a comparison of gravimetric and volumetric energy densities with state-of-the-art LIBs.

In addition, the opportunities and challenges for commercialization based on the trend analysis of the patent data are included in the research. With the extensive industrial modifications expected, the commercial prospects of SIBs look promising. It is therefore predictable that this technology will play an important role in battery applications. 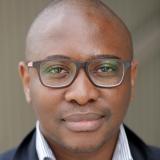